I was asked by the client to do the setting and cornice after my client with my carpenter built the bulkheads. This is the second coat of base coat. 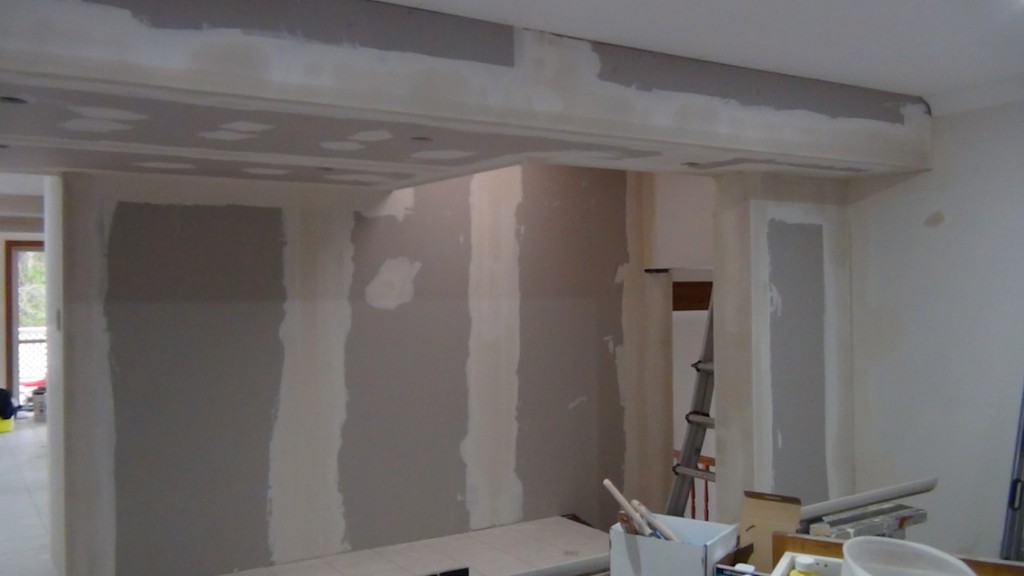 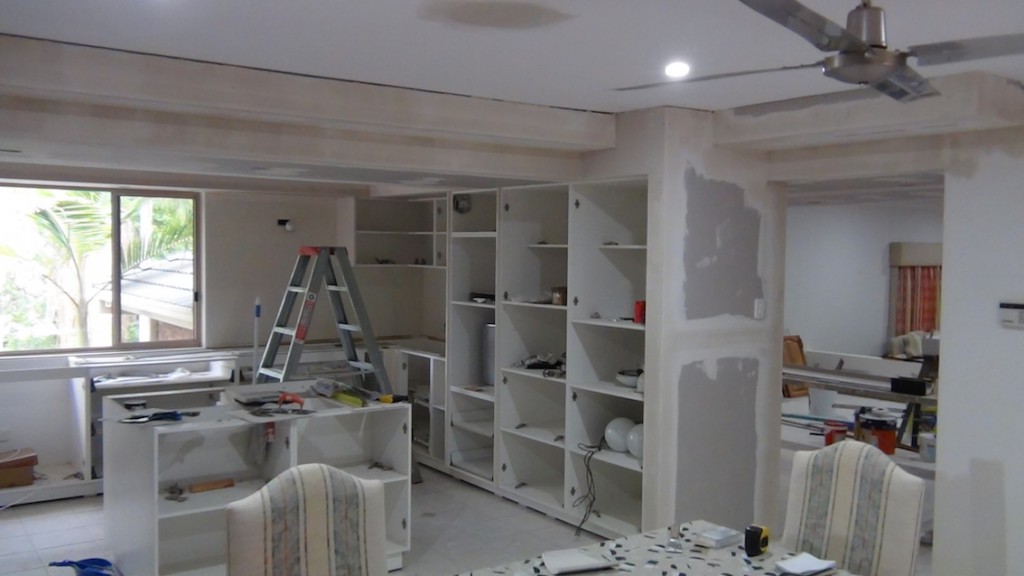 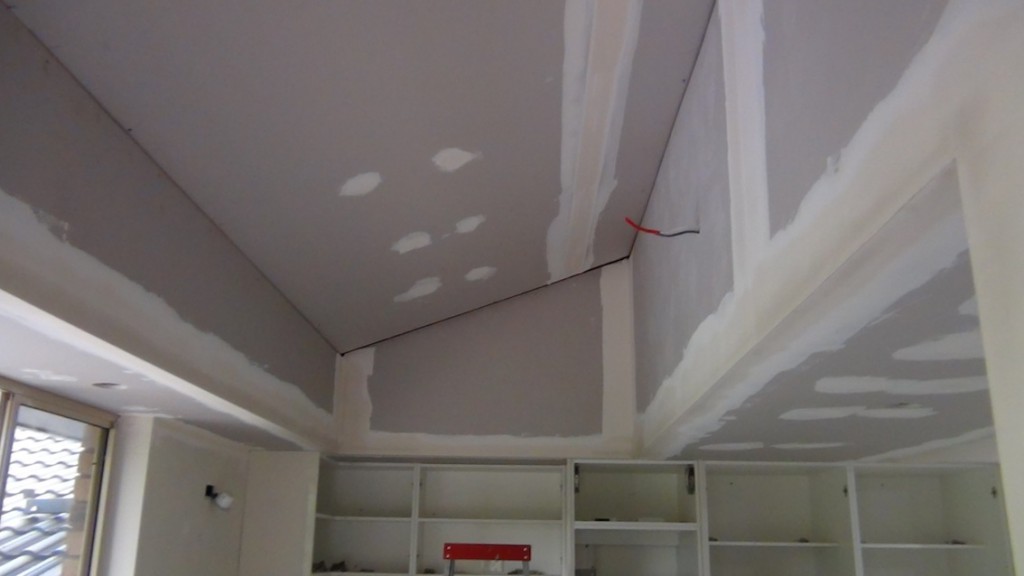 An old client needed to relocate his office in the building. He wanted  a frame built to support the glass sheets with a door entryway into the room. 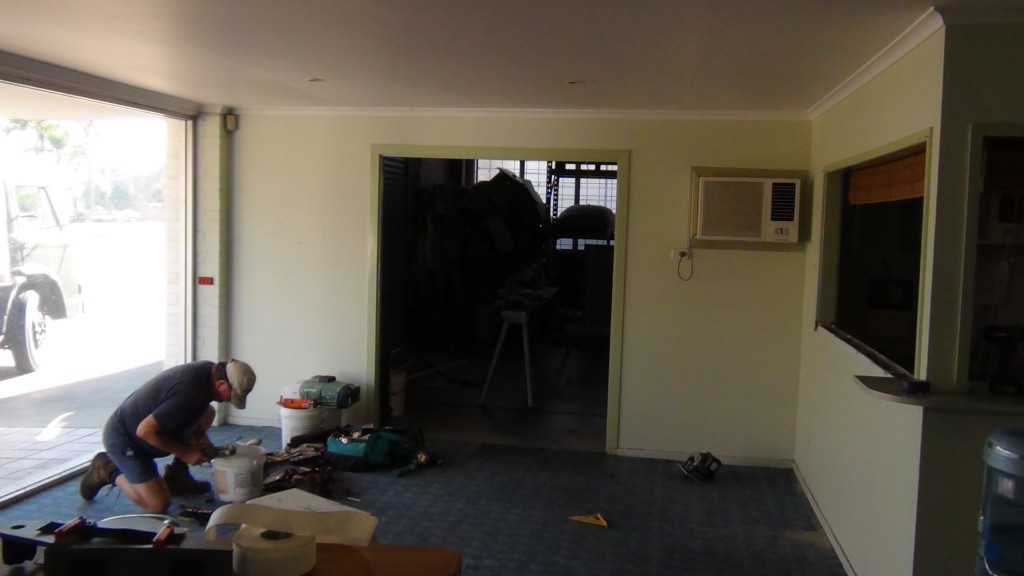 First of all we had to check the squareness of the room. Then we had to flick a chalk line and mark the carpet. The carpet was cut and then the measurements for the walls frame were done. The exterior builing wall was out by 50mm.

Tip. If you find out that one wall is out by this much measure the bottom plate separately to the top plate. The wall that is straight on the other end should be the side you measure your stud spacings from. Temporarly laminate the two studs together with three or four framing nails, don’t drive the nails home or you won’t get them out easily. Do your marks on the side of the plates then nail off your studs leaving the last one for the bad side. Nail that one once the frame is in position.

Once the frame was in position and plumb it was nailed off and sheeted. Base coat and final coat were applied before finish off carpentry and glass installation. 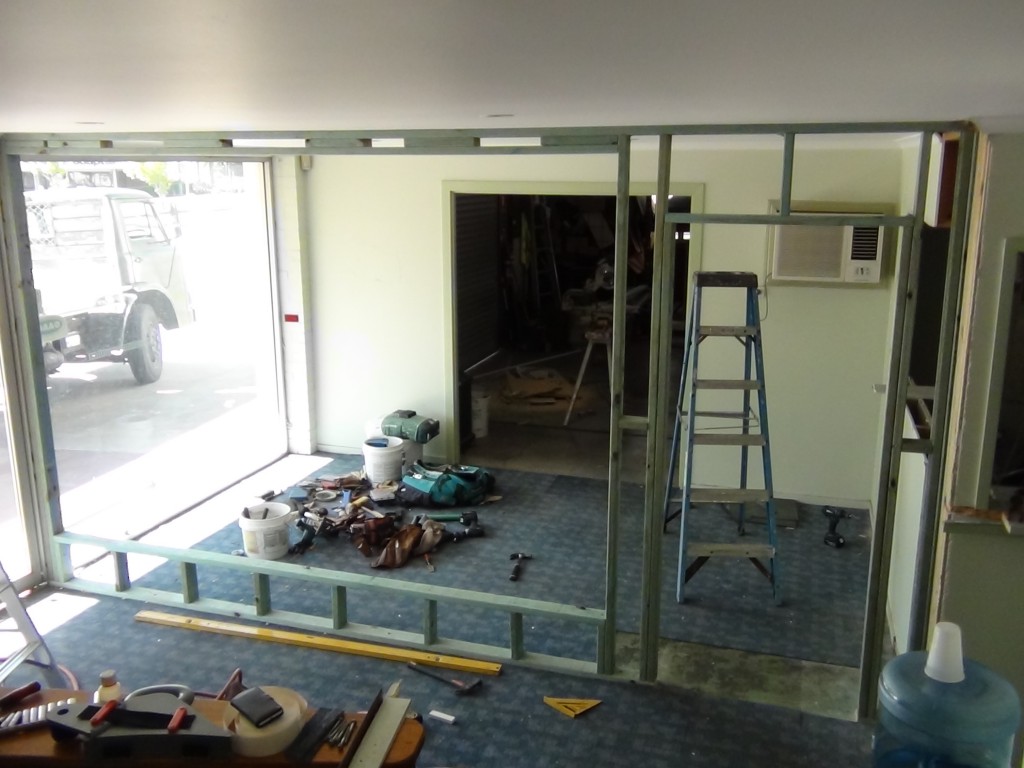 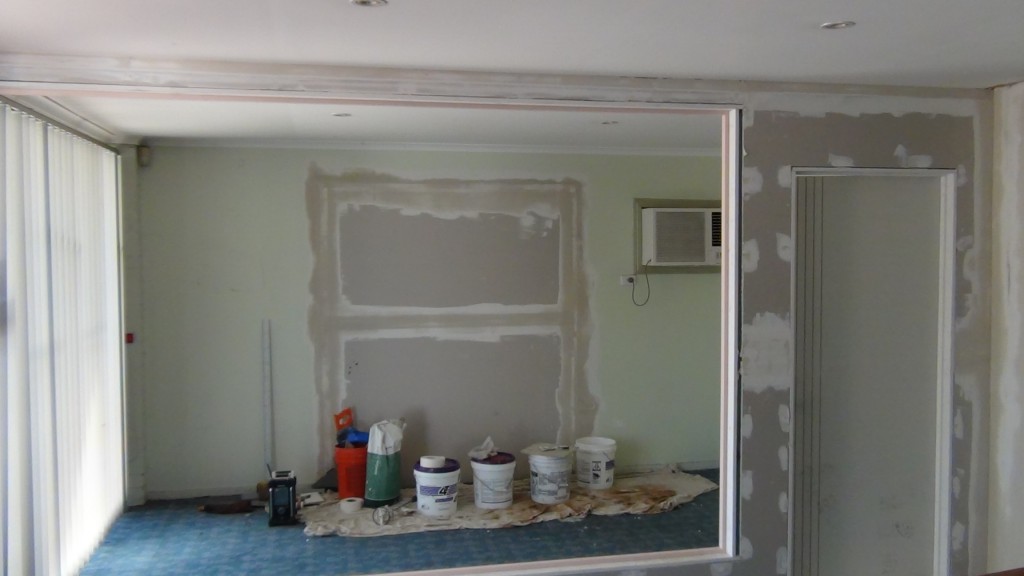 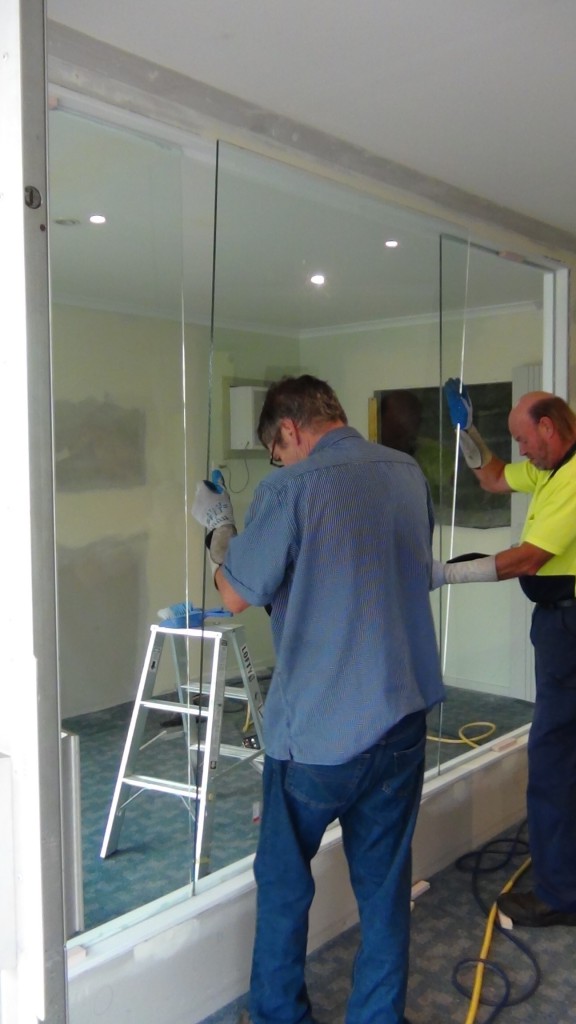 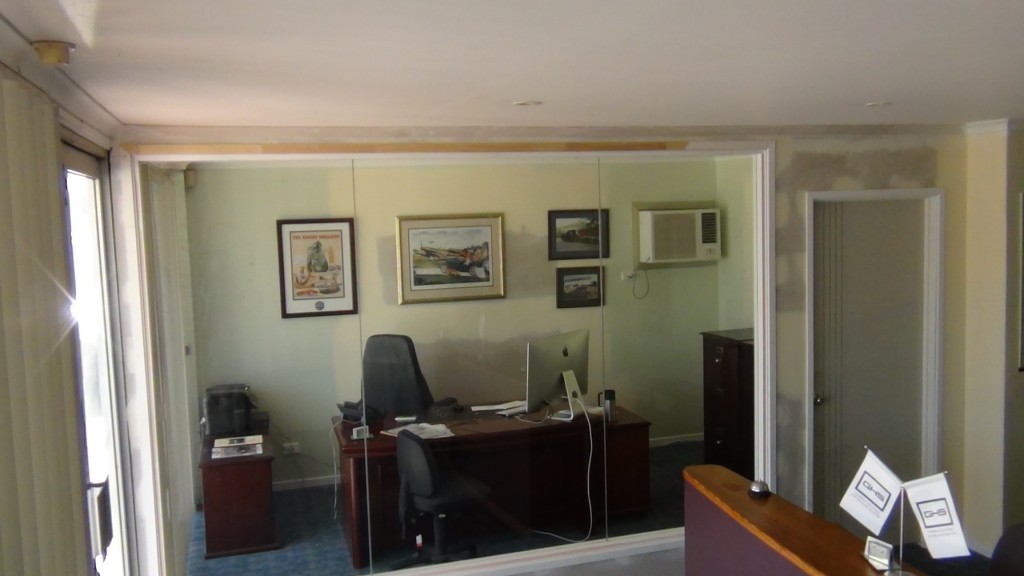 The client wants to do his own painting in his own time. So this is as far as we took this job.

Here are some examples of cornice work which I did in my house. Each room has a different design. It gives the house character with its high ceilings. 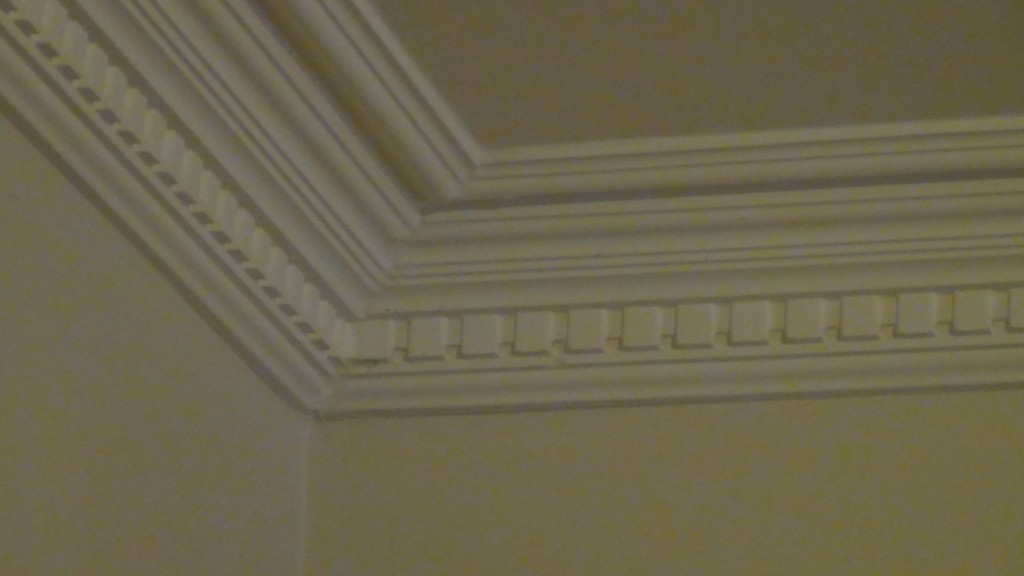 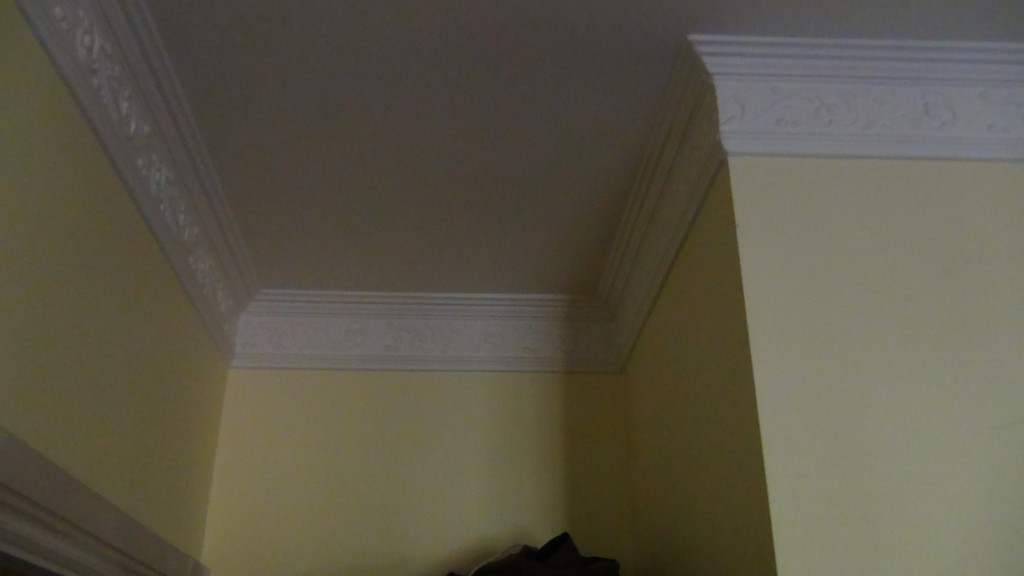 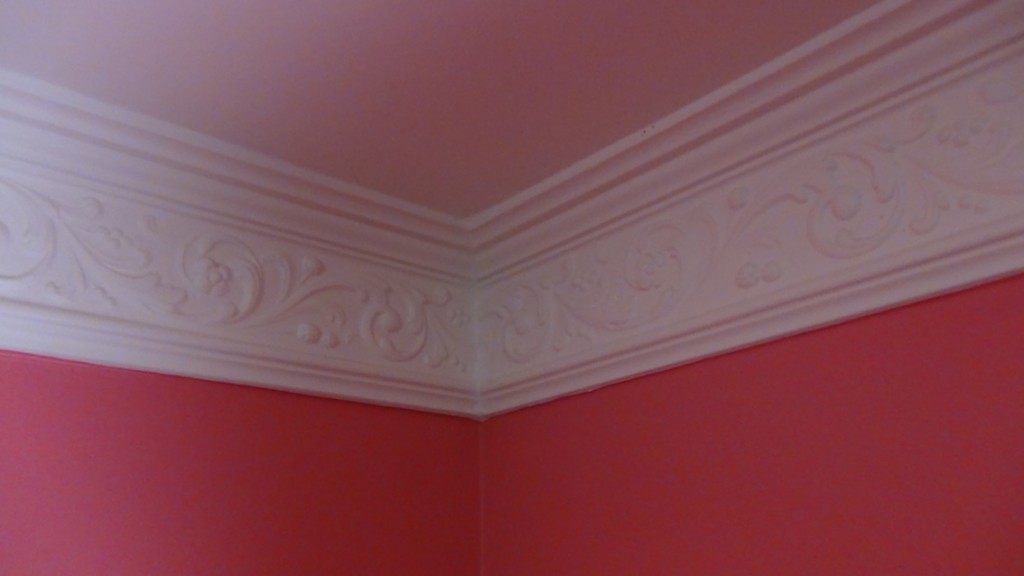 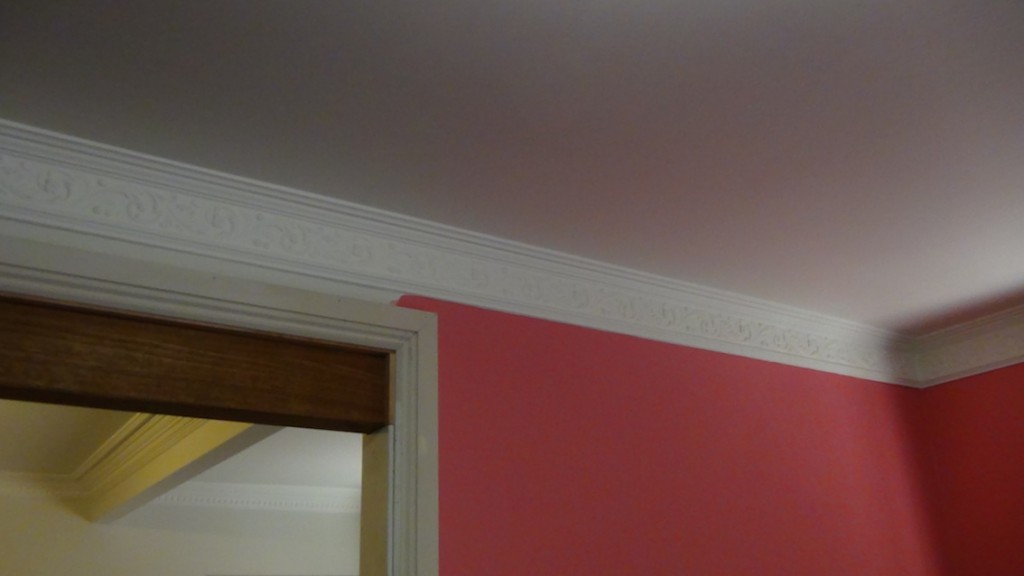